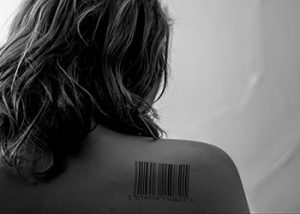 Human Trafficking, also known as Modern Day Slavery, is quite simply the exploitation of vulnerability. What we know about trafficking survivors is that, in most cases, they have struggled with issues such as poverty, low self-esteem, and homelessness at some point in their life.  Traffickers prey on those vulnerabilities, and use that as a means to “answer” or “solve” their problems. They might offer the promise of a good job so bills can be paid, the possibility of a fun and lucrative modeling career, or they simply might offer love and support in a boyfriend/girlfriend relationship. These offerings in and of themselves are not a crime. It becomes a crime when the trafficker, or pimp, begins to use force, fraud or coercion to entice someone to participate in activities against their will. It’s hard to believe this happens in the land of the free; but it does. Young boys, girls and women are sexually exploited, trafficked, along the highways and interstates, in hotels and basements of Wisconsin every day. They are often enticed by a girlfriend or boyfriend to do it “just this one time”, so they can pay the bills this month. By “it” I mean have sex with someone for money. The unfortunate truth is—once those personal boundaries are broken, it is almost impossible to say no the next time. And then the next. And the next. This once loving relationship has quickly turned into one of manipulation and control. Traffickers often introduce violence as a means to maintain control– a form of punishment if quotas aren’t met, or if the trafficker feels it’s necessary to remind their victim of who makes the rules.

It is estimated that between eighty and ninety percent of identified trafficking victims experienced some sort of physical or sexual abuse as a child. When a child is abused, they don’t have the opportunity to establish healthy personal boundaries for their bodies, nor do they have an understanding of what a healthy relationship looks and feels like. Love has conditions. Being a survivor of childhood abuse makes individuals even more vulnerable. Traffickers have openly remarked that childhood abusers have already done the work for them: breaking down the personal boundaries and self-esteem of the children— it makes their job a lot easier.

The reality of trafficking is bigger than we realize, but there are several ways we can help: early intervention always makes a positive impact on a child’s life. If you see something that’s not right, say something. There are signs that you can look for that may reveal someone is being trafficked; educate yourself on what the signs are.  You can go to https://polarisproject.org/human-trafficking/recognize-signs or contact The Women’s Community. If you are concerned about someone you know, or are concerned about behavior you are seeing, please call the local authorities to report a trafficking tip, or the National Human Trafficking hotline at 1-888-373-7888 or text “BeFree” to 233733.